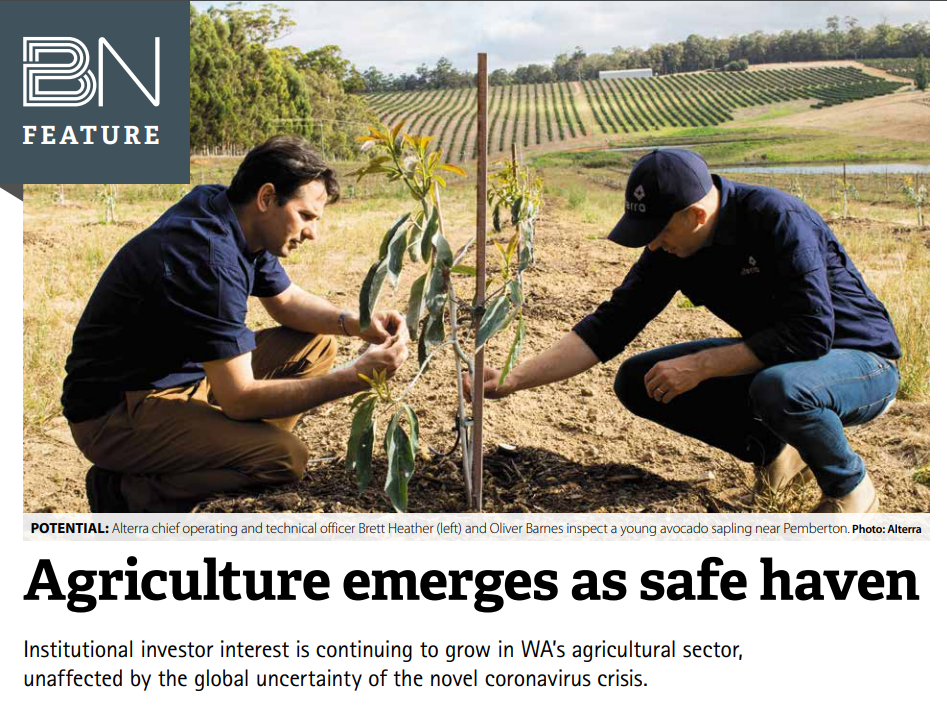 According to the special report, the unprecedented upheaval and fear cause by COVID-19 has solidified the importance of Western Australiaâ€™s agricultural operations.

â€œPrior to the COVID-19 crisis, WA farmers were collectively confident, displaying a bigger appetite for investment than their eastern states counterparts, according to a Rabobank Rural Confidence Survey released late last year. At the time, Rabobank said 26 per cent of WA farmers surveyed were keen on investing in their farm business in 2020, a higher percentage than any other Australian state.â€ – WA Business News

Alterra is featured alongside iron ore magnates Gina Reinhart and Andrew Forrest who have been spending tens of millions on WA agricultural assets, with Forrestâ€™s Harvest Road Group evolving into a premium cattle, horticulture and aquaculture operation.

The special report also mentioned that ASX-listed property syndicator Primewest had also announced intentions to broaden its asset base into the agricultural sector, with a vineyard in the South West and an irrigation property near the NSW-Victoria border.

In the WA Business News special report, Mr Barnes shared the view that demand for good agricultural assets in WA was likely to grow in coming years, continuing the long-running theme of increasing quantities of institutional capital looking to participate in the asset class.

Mr Barnes said investors sought land or water-backed assets with stable, long-term income streams, but in contrast to the growing demand there was a shortage of buying opportunities