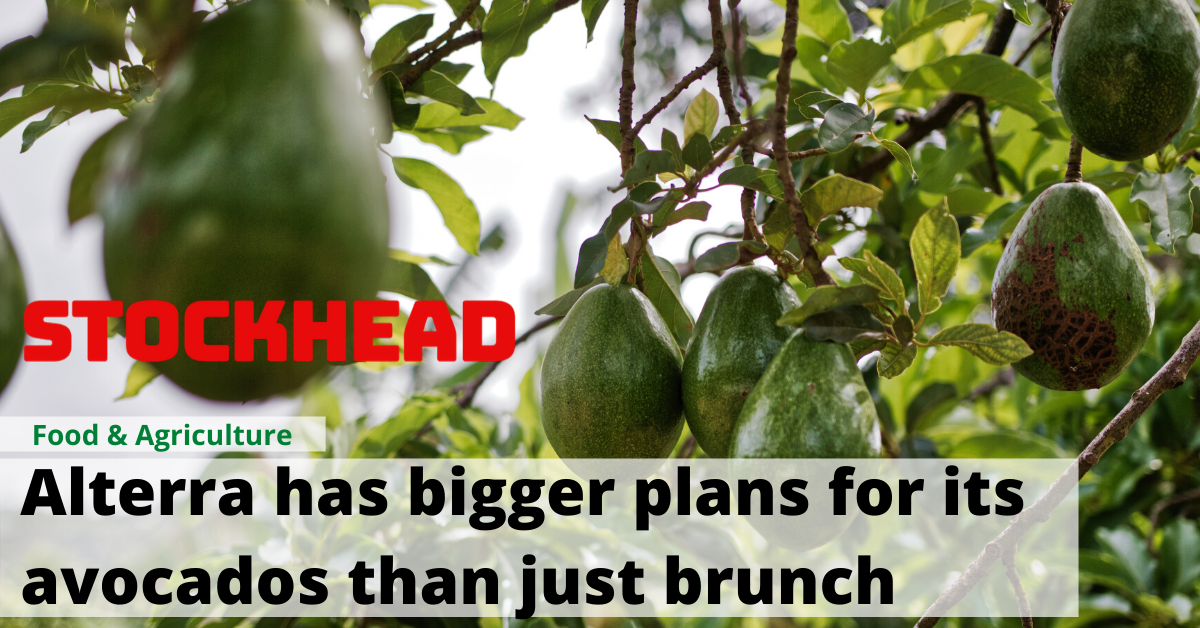 Stockhead: Alterra avocado play is not fruit or farming, but property

Millennials famously love them but so do the worldâ€™s biggest pension funds: avocados. For investors in agribusiness Alterra however the play is not fruit or farming, but property.

Agricultural land developerÂ Alterra (ASX:1AG)Â is many things to many people but at its heart is an investment in land and water, says managing director Oliver Barnes.

The company has pivoted from carbon sinks into horticulture. Itâ€™s doing so via an industry that has captured the hearts of consumers and the minds of some of the biggest investors in the world.

Barnes, who grew up on a flower farm in Kenya, says the concept is to take â€œbroken downâ€ land and regenerate it by investing in water infrastructure and reviving soils.

â€œThere are very few things ASX investors can look at from a defensive asset class, as recent events have shown, and Alterra brings agriculture and water back into that,â€ he told Stockhead.

They then bridge the gap between capital and the farm gate to bring development financing into key horticultural regions in Australia.

It began this process with a strategic agreement with family office buy-side advisory firm CapRaise. The partnership will provide Alterra access to an extensive international network of large family offices and additional investor portfolio worth more than $15 billion.

Alterra, in other words, is a bit more than just a land developer.

â€œWe want to participate in the uplift in value that comes from monetising land and water assets,â€ he said.

â€œThese assets, once developed, are highly suitable for patient long-term capital such as the pension fund sector which like the uncorrelated long term income streams these assets can produce, that are backed by finite land and water.â€

Read the full report on Stockhead.