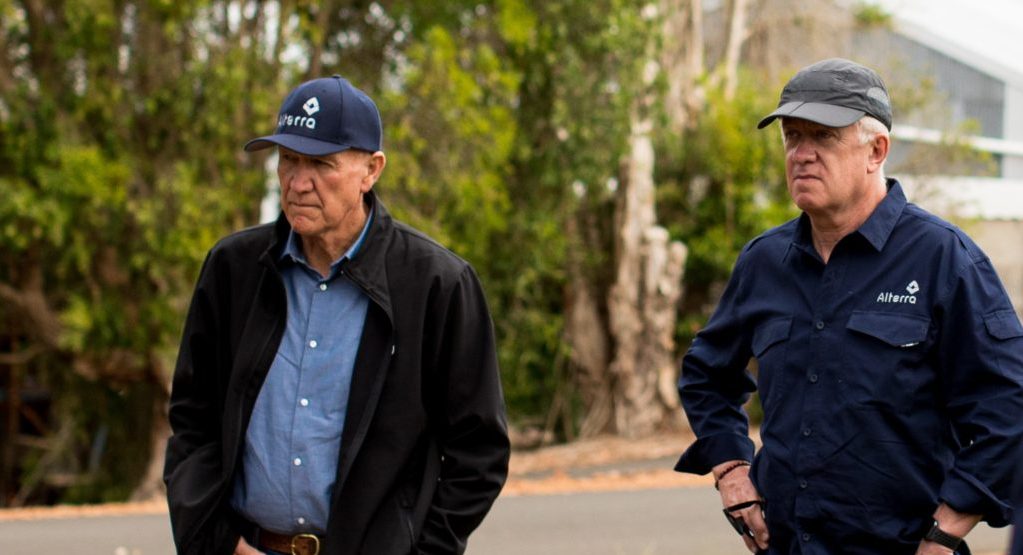 Alterra Limited (ASX:1AG) is pleased to announce the appointment of Non-Executive Director John McGlue as Chairman of the Board of Directors of the Company, effective immediately.

He replaces long-serving Chairman Trevor Stoney, who remains on the Board as a Non-Executive Director.

The change in Board roles comes as Alterra looks to expand its pipeline of large-scale horticultural projects in Western Australia and complete feasibility studies on its Carpenters 300ha avocado project in Pemberton.

Mr Stoney has served as Chairman since 2012, and said he was pleased to welcome Mr McGlue into role of Chair at a such a significant point in the Company’s development.

“It has been a privilege to serve as Chairman of the Board for the past eight years. I am delighted that John will help guide the Company and lead the Board in driving value for our shareholders,” said Mr Stoney.

Mr McGlue joined the Alterra advisory board in January 2020 and was appointed as a Non-Executive Director of the Company in June 2020. He has been working with the board and management team as the Company works on completion of feasibility for the Carpenters Project and develops its strong pipeline of further opportunities.

“On behalf of Alterra, I would like to thank Trevor for his leadership and invaluable contribution as Chair. I am delighted to step into this position at such a pivotal time for Alterra as it progresses with its horticulture development strategy with a strong focus on unlocking value from the WA’s unique and resilient water resources,” said Mr McGlue.

“Alterra is in a growth phase and is well-positioned to capitalise on the growing investor demand for Australian agricultural assets with significant water storage capacity in tight-held regions such as the south-west of WA.

“I look forward to seeing Alterra maximise the value of its assets and project pipeline and maintaining an unswerving focus on investor returns.”